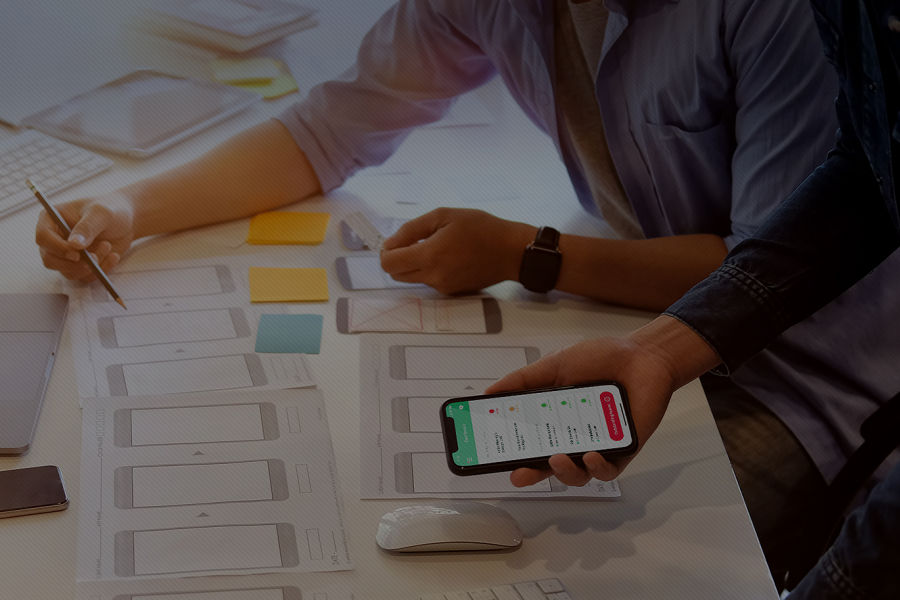 Would you like to turn your company’s custom mobile app idea into a clickable demo in three weeks?

That may sound impossible, but it’s exactly how our new Rapid Prototyping service works.

Producing a demonstration of the app, that looks and functions realistically, in only three weeks gives businesses six ways to innovate faster.

Getting budget approval for a custom mobile app is not always a straight-forward process. People with budget authority need to be convinced to fund the initial stages of the process and then to fund full development after seeing sufficient progress.

2. Start Selling from the Rapid Prototype Right Away

While a Rapid Prototype doesn’t connect to the cloud or move data, it does show you how the app is going to work, and it looks good doing it.

Your Rapid Prototype can be used as sales collateral for pre-production or pre-development orders. Instead of having to wait months for the finished app, your sales team can use the prototype to strengthen their case right away.

This strategy has three main benefits:

Any company can go to a trade show and claim that they are innovators, but your Rapid Prototype will prove it, while also attracting attention.

With the Rapid Prototype on your phone you can demonstrate how the app works to your existing customers in attendance as well as to prospects. These demonstrations give you another way to engage them at the show.

You might get some sales orders from the demonstrations, as well as appointments for future conversations. You’ll certainly show your customers, prospects and media that your company is an innovative leader in its industry.

If users and customers who test the Rapid Prototype report obstacles that make it difficult for them to complete their tasks, that gives your company the opportunity to make changes before progressing to full development.

Getting that kind of feedback after only three weeks puts your company way ahead of the curve.

Sometimes companies have apps developed and then realize that their vision wasn’t practical, or that it wasn’t what stakeholders wanted or expected.

When this occurs after full development, it’s a very expensive fail. When it happens after Rapid Prototyping, it costs a fraction of full development. That gives you the opportunity to reassess what you want to accomplish with the app and start again. Or, the company might decide to put the project on hold.

No business likes failure, but by discovering the failure this early in the process you’ll save months of time and still have money left over to invest in innovation.

6. Big Fish Develops Both the Rapid Prototype and the Finished App

A business can take its app idea to an app design firm and have them create a prototype. Then, when they are happy with the prototype, they can look for a developer to develop the app for them.

As a boutique firm focused exclusively on custom mobile app design, development and maintenance, Big Fish can do it all for you. That means one less vendor to hire and one less discovery process to go through. It also means having the same experienced team working on the Rapid Prototype and development, so the work flows seamlessly.

Interested in working with a custom mobile app developer that can put a prototype in your hands in just three weeks? Contact Big Fish and let’s talk.

Sara MacQueen is the Founder and President at Big Fish - an app design, development and consulting studio in Tampa, Florida. She was named one of "25 Mobile Women to Watch" and has been interviewed by local and national media for her expertise in mobile technology and business. 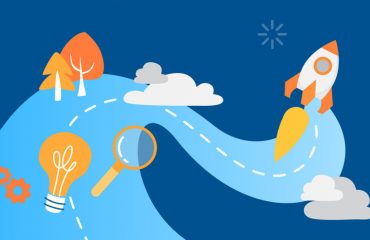 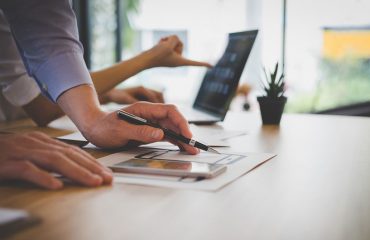 If you’re ready to build an app that makes your business more productive and efficient, you want that 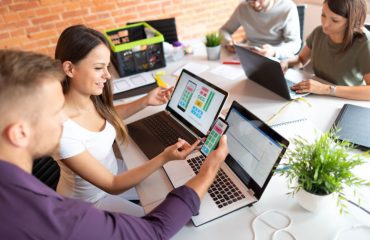 What is a Mobile App Prototype?

You may know intrinsically that the right mobile app will make your workers more productive, facilitate better communication

Big Fish is a boutique mobile application design and development studio in Tampa, Florida. We turn revolutionary ideas into reality.