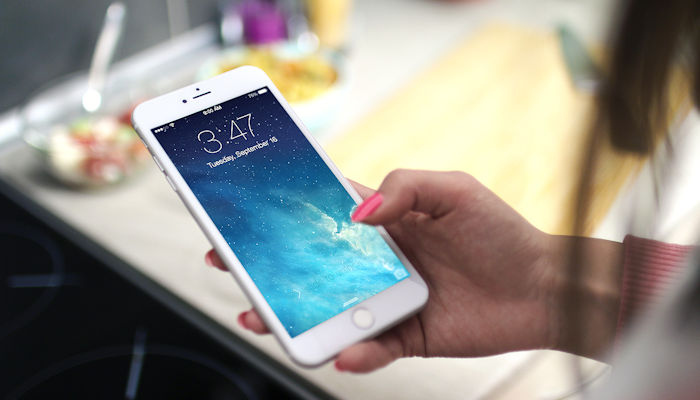 comScore has released its annual research report detailing the cross-platform habits of digital users. This includes mobile, social, TV and desktop/laptop use.

For those who are curious specifically about the most popular smartphone brands (Apple vs. all others), and platforms (iOS vs. Android vs. Microsoft) I’ve broken out the key findings in this blog post for you.

At the end I’ve included a link to download the full report from comScore.

I. Percent of Mobile Phone Users Who Own a Smartphone

The distribution of smartphone users across operating systems has been relatively stable over the last three years. 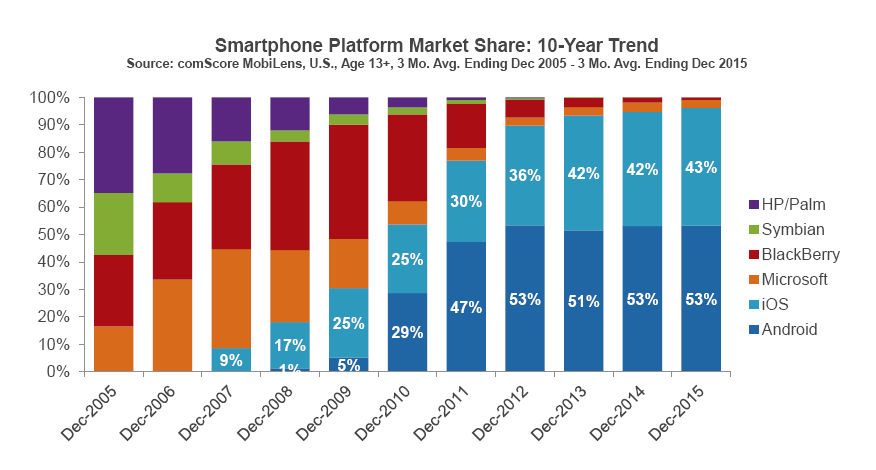 Android continues to dominate at 53%, with Apple following 10 points behind with 43% of the market share. Of course we know that this is partly explained by the fact that the Android operating system is found on many different brands of smartphones, whereas iOS is found only on Apple devices.

In case you’re wondering…Microsoft (Windows Phone) is sitting at less than 5% market share and BlackBerry is next up at less than 2%.

III. U.S. Smartphone Use by Brand

These numbers haven’t really changed much during the last two years.

Tablet ownership has plateaued in the last year. 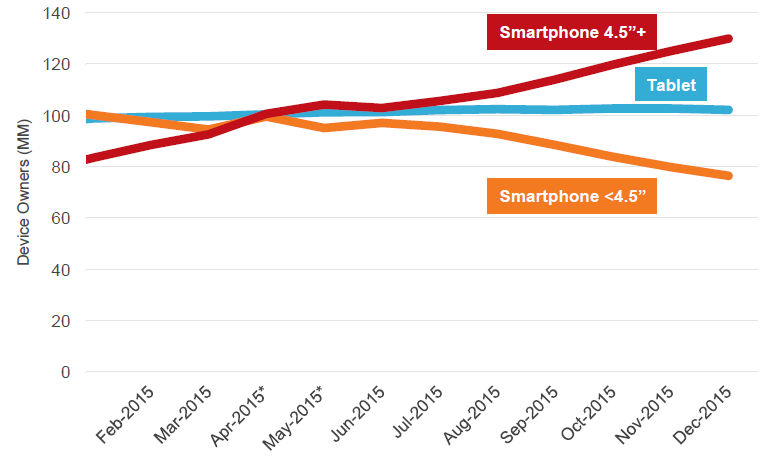 If you’d like to read the full comScore report you can download it here. It’s a quick read, very interesting and worth checking out. 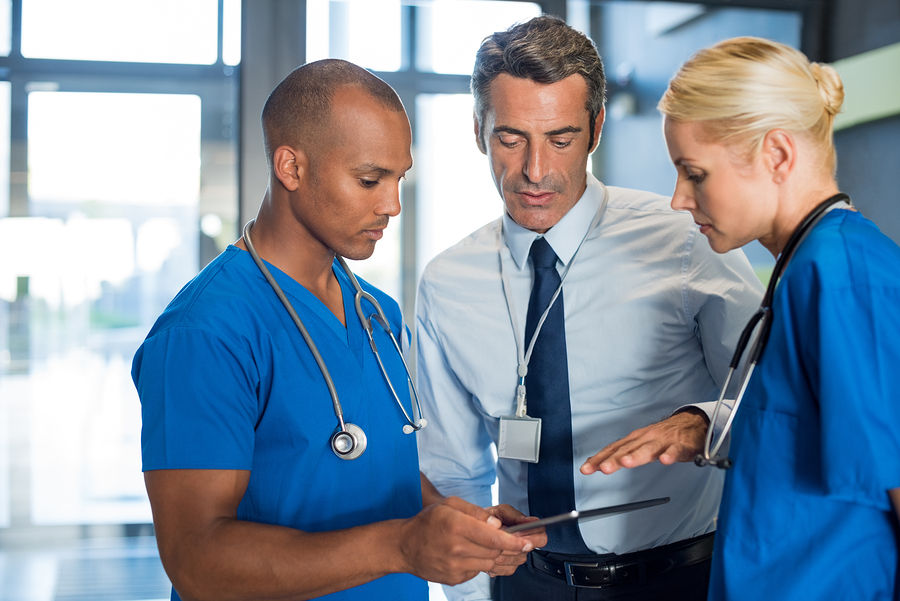 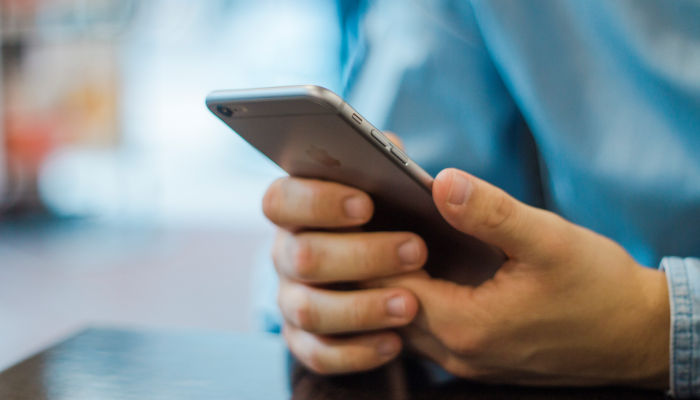